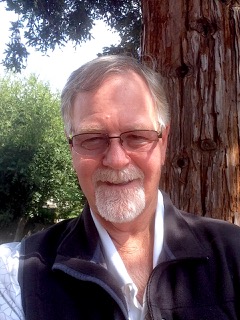 Over a nearly forty-year national and international career, Dr. Daus has provided natural resource project identification, impact analysis, pre-implementation preparation, and field implementation oversight services to a broad spectrum of private and governmental clients. As a well- experienced practitioner, he offers clients the ability to design projects with the knowledge of the realities of getting them done in the field. Dr. Daus received both a Bachelor of Science in Forestry and Range Science (1970) and a Master of Science in Wildland Resource Science (1972) from the School of Forestry, University of California, Berkeley. He went on to receive a doctorate in Ecology (quantitative analysis of ecological systems) in 1979 from the Graduate Ecology Group, University of California, Davis, CA. In addition to the natural resource subject material, Dr. Daus carried a minor throughout his advanced studies in remote sensing applications. He is a retired California Registered Professional Forester and carried an associated archaeological survey certification. Over the last 20 years he has focused on fire and fuels hazard reduction projects, oak woodland assessments, and regulatory compliance, working with private clients, fire safe councils, resource conservation districts, special districts, county governments, and state agencies.

Between 1979 and 1998, as both a short- and long-term contractor for private companies and international agencies, he participated in development and regulatory compliance projects in 12 countries throughout south-east Asia, the Indian sub-continent, and Africa. Elements common to all of these projects included, project identification and detailed scoping, regulatory compliance, project implementation assistance, and mentorship-based technology transfer. Two representative projects were:

In the host country of the Republic of Niger, with the client being the United States Agency for International Development (USAID), Dr Daus was part of a project team (in which he functioned as the national survey team lead) that 1) conducted remote sensing aided field surveys for forestry, woodland, range, and soils resources, 2) produced county-wide resource maps, 3) identified potential projects, 4) vetted the potential projects with respect to administrative capacity to carry them out, regulatory compliance, and site suitability, and 5) provided implementation assistance. All work was carried out closely with host country personnel in order to affect a transfer of the technological knowledge and experience from the USAID team members to their counterparts.

Assessment of Institutional Capability and Environmental Compliance Requirements (1998)
In the host country of the Malagasy Republic, again with the client being the United States Agency for International Development (USAID), Dr Daus was part of a project team that evaluated previously identified national parks expansion projects, which would be funded through USAID, for, 1) the capability of the Malagasy Republic’s administrations and associated organizations to carry out the proposed projects, and 2) conduct impact reports in order to assure that the environmental impact compliance requirements contained in Part 22 of the Code of Federal Regulations (CFRs) would be met.

Since 1990 Dr. Daus has served clients requiring the expertise of an experienced wildland fire and fuels planning and management specialist. In this time span he has provided his services to individual landowners, community groups, residential developers, federal, state, and county agencies, and non-governmental organizations. He has provided project assistance to clients that have been privately funded, California State funded, or supported through grants (various CAL FIRE programs and federal sources: USDA, FEMA, etc.). The specific services provided, along with the client(s), were as follows:

The most recent project of this type was completed for the Stanford Linear Accelerator group, Palo Alto, CA. Dr. Daus completed a hazardous fuels assessment for a high-tension transmission line under federal jurisdiction; in a situation that would also have State of California jurisdictional complications. Based on the results of the assessment a proposed mitigation plan, including hazardous fuels treatment prescriptions, stakeholder collaboration approaches, and scope of work for the contracting process, was prepared and delivered to the client;

Assisted in the preparation of grant applications for the following clients:

In the mid-1990’s, as a sub-contractor to Jones & Stokes Associates (JSA), of Sacramento, CA, Dr. Daus participated in the preparation of an Environmental Assessment (EA) for a project identified by the Quincy Library Group and funded under the Healthy Forest Restoration Act. Subsequently, as a direct employee and Bureau of Land Management (BLM) Program Manager at JSA, Dr. Daus participated on multi-disciplinary teams that:

As an independent contractor, a sub-contractor to Aperio, Inc of Dorrington/San Ramon, and In five years as the Staff Forester and Project Manager for JSA, Dr. Daus has worked with project teams to prepare specific discipline sub-studies, Negative Declarations, Mitigated Negative Declarations, and Environmental Impact Reports. These documents were produced for a spectrum of project types including, 1) rural residential developments, 2) school construction (new and expansion), 3) rural water system (new and expansion), 4) rural wastewater treatment (new and expansion), and 5) rural road systems.

Dr. Daus held a license as a California Registered Professional Forester from 1995 until its retirement in 2018. He also held a companion CAL FIRE-issued Archaeological Certificate from 2005 to 2018. As both an independent consultant and staff forester for Jones & Stokes of Sacramento, California, he has prepared Timber Harvest Plans, Timberland Conversions, and the full array of Exemptions and Emergency Notices available under the FPRs.

In the period between 1978 and 2008 Dr. Daus participated in natural resource-based projects in nine foreign countries. The projects in three countries were completed, under personal services contracts to USAID, to meet the requirements contained in Title 22 of the Code of Federal Regulations; codes that concern the requirements for conducting environmental impact assessments when federal funds are used for overseas projects. In the Casamance region of Senegal and the Republic of Guinee the projects involved impacts resulting from road system improvements and in Madagascar the project involved adding additional areas to the country’s national park and preserve system.