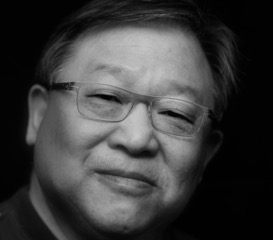 Cal is an experienced manager of development projects in energy and economic development. Cal can assemble teams covering all phases of development including legal, financing and engineering. In controversial projects, Cal has managed public involvement through speaking engagements and media relationships. Financial analysis and return on investment drive project metrics as well as other goals such as employment, fire hazard reduction and ecological restoration. For example, Cal was project manager for development and implementation of a biomass plant ($50 million +), which included development of wood supply agreements, financing arrangements; power sales agreements, construction and equipment contracts. Another example for Cal was the successful development and implementation of an intranet customer care system for a national cellular phone company. The project necessary for a timely launch on Wall Street, was delivered on time and in order. This was done within 4 months after a major accounting firm failed to deliver for a year. Cal’s team received a performance award from the company for the quality product and on time delivery.

Cal has provided turnaround services for small to mid-size businesses and Tribal government. He has worked as a turnaround consultant in forest products, manufacturing and packaged goods companies. For example Cal acted as operations manager for nutraceutical with sales of over $40 million. Manufacturing costs were significantly reduced, which supported company growth in sales to $50 million per year. In addition, the company was provided with alternatives to product harvesting which was very important strategy after Cal left the company. More recently, as the CEO of a midsize company, Cal managed the company through a period of high leverage as the country entered into the nation’s worst economic recession. Cal trimmed company operation costs while improving efficiency and profitability of the company. Significant economic projects were developed during Cal’s tenure.

Cal is a graduate forester with experience managing forests for owners with many goals. These goals are sometimes apparently conflicting and require careful negotiation. His background is varied which includes activities from manufacturing to natural resources management. For example, Cal established an export and domestic log sales program. Identified new log sorts, introduced new sorts to the market, and trained local loggers in export market requirements. He set up log sales accounting and quality processes. Cal also appraised timberland and timber assets for sale. Projects were generally greater than $5 million, with the largest sale at $30 million. Cal worked with forest collaboratives on issues dealing with forest fire hazard reduction. Cal served for eight years as the chair of the Metolius Multi-Party monitoring team in Central Oregon. The effort created agreement with a very diverse set of groups.  Cal also served on the State of Oregon Board of Forestry and on the US Board for the Forest Stewardship Council.

Board of Directors and Membership