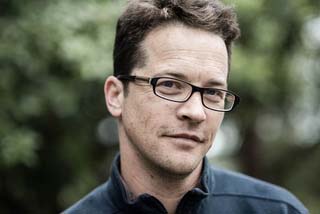 Jason Smith is a consulting forester and stewardship project manager with extensive experience collaborating with government, nonprofits and private landowners in the Central and Southern Sierra Nevada mountains. He also provides management to private timberlands with a focus on conservation forestry and fire resiliency.

He works with TSS Consultants as a contract forester overseeing the State funded Tree Mortality Program in Calaveras County. In this role, he supervises tree removal contractors and coordinates with Cal Fire, US Forest Service personnel, and private landowners to ensure the safe removal of hazard trees affecting public infrastructure.

Mr. Smith has been a consulting field forester in the Stanislaus National Forest Master Stewardship Agreement with Tuolumne County, managing reforestation projects across the Stanislaus Forest within the footprint of the 2013 Rim Fire and along key transportation corridors.

Jason’s background in communications and public relations have made him a key asset in establishing cross boundary and multi-agency partnerships, including working with the Pacific Forest Trust to implement conservation easements through private land adjoining California State Parks and National Forest. He has established solid working relationships with local Fire Safe Councils, National Forest and Cal Fire forestry personnel, as well as regional non-profits such as the Tuolumne River Trust.

Prior to his role in natural resource management, Mr. Smith had a successful career as a writer and photographer, covering environmental and conservation stories for international publications and NGOs. Jason received his Bachelor’s Degree in Environmental Studies from Prescott College with a focus on environmental economics in mountain communities.

With a particular interest in forest economics and fire resiliency in the Wildland Urban Interface of Sierra Nevada communities, he brings extensive knowledge of the forest communities from the Stanislaus to the Inyo National Forest and is well situated to advise on projects along both the west and east slope of the Sierra.